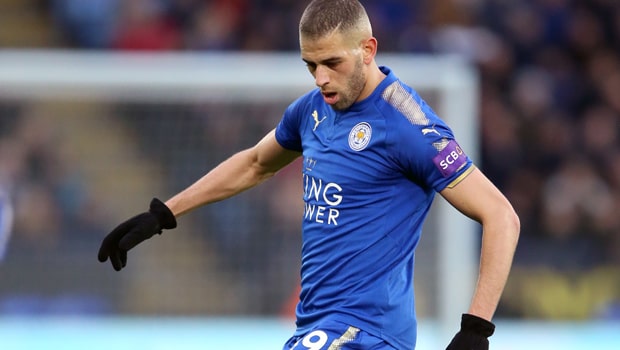 Leicester boss Brendan Rodgers says he has an idea of what the future holds for forgotten man Islam Slimani ahead of his return to the King Power Stadium in the summer.

Slimani joined the Foxes in a club record deal from Sporting Lisbon in 2016 but hasn’t played for Leicester since January last year.

The Algerian striker spent the latter half of last season on loan at Newcastle but injury wrecked his time at St James’ Park.

Slimani is currently on a temporary stint in Turkey with Fenerbahce but has failed to impress and there is no chance the Istanbul outfit will attempt to make the move permanent, having reportedly attempted to cut short his loan in January.

The 30-year-old is set to return to Leicester at the end of the campaign and Rodgers says he is considering his potential options when it comes to Slimani’s future.

Rodgers indicated there could yet be a chance for Slimani to resurrect his Foxes career, and he is starting to put his plans in place for the squad as a whole ahead of the summer transfer window.

“Yes, I have my own idea,” said Rodgers, as reported by the Leicester Mercury, when asked about Slimani.

“It has obviously been a difficult one for him and, listen, sometimes it just doesn’t work out at a club. That is the way it is.

“But I am in discussions with Jon Rudkin [director of football] and the club in terms of all the players and where we are at, and making sure all our group is strong, and he is one of the players I need to look at and assess what he is doing.”