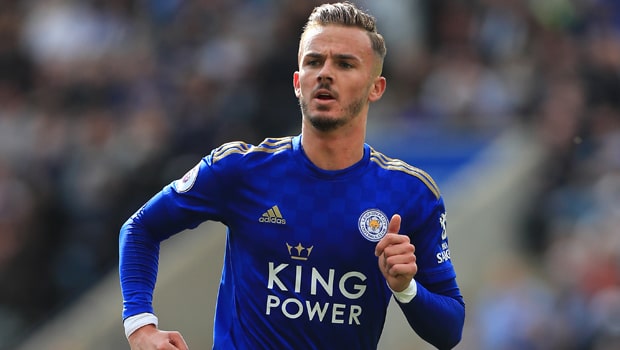 Leicester City midfielder James Maddison says he loved his first campaign at the club after helping them secure a top-10 finish.

The Foxes finished ninth in the Premier League table after a strong end to the campaign under Brendan Rodgers.

Maddison started the season under Claude Puel but ended the year playing under the former Celtic boss, who has big things planned for the squad going forward and fans are excited ahead of the summer transfer window.

Maddison scored seven goals in 36 appearances for the club and he believes he will improve following his debut campaign. Speaking to LCFC TV, Maddison said: “Since the gaffer (Brendan Rodgers) has come in, we’ve been brilliant at times.

Especially the last three games, we look at those and people write us off and think we’re not going to get any points.

“It’s a season I’ll look back on with fond memories, obviously my first in the Premier League and one I thoroughly enjoyed.”

Maddison and co will now enjoy a well-earned break before returning for pre-season in July.

Both Danny Simpson and Shinji Okazaki will move on after letting their contracts run down, but Christian Fuchs continues to hint that he may stay for another season at the King Power Stadium.