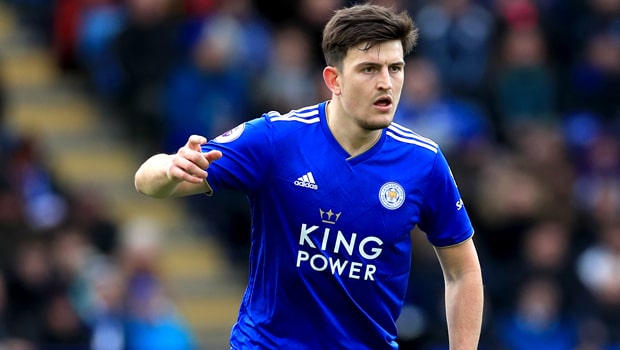 Harry Maguire says Leicester City are still a “club on the up” and they must be setting their goals towards winning more silverware.

The Foxes caused one of the all-time upsets in English football when, in 2015-16, when they claimed a stunning Premier League title success.

Last season they enjoyed Champions League football on the back of that glory but this term it has been more of a challenge.

Manager Claude Puel has come under fire for their form and, despite putting in excellent performances against some of the biggest clubs in the division, Leicester are stuttering in the bottom half after picking up just four points from a possible 18 in 2019 so far.

They have one of the youngest squads in the Premier League and, off the field, a new £100m state-of-the-art training ground is being developed.

England defender Maguire feels it remains a good time to be a Leicester player. “It’s a great club, a club that’s on a ladder and still rising,” Maguire said.

“I still feel it can go places. “We can aim for the top eight, the top seven, and then obviously we’ve got to start being competitive in cup competitions as well. Start getting to finals and maybe win some silverware – I think that’s where we have to aim.”

After rising from League One star to World Cup semi-finalist in four years, Maguire acknowledges the role Leicester has played in his career.

“Leicester gave me a great platform to go and play at a World Cup. If it wasn’t for Leicester, maybe I wouldn’t have done that,” he said.

Leicester are 2.30 to win their next game at home to Crystal Palace on February 23. The Eagles are 3.40 for the King Power Stadium clash, with the draw priced at 3.40.