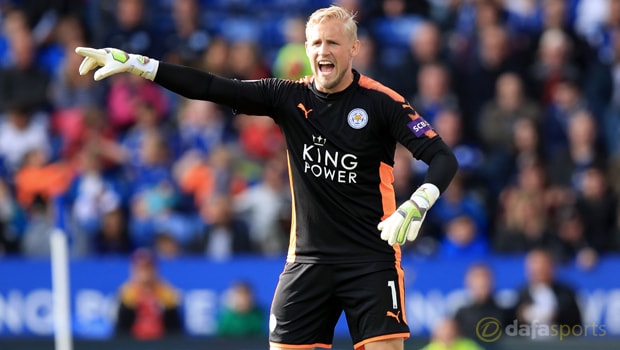 Goalkeeper Kasper Schmeichel has warned his Leicester City team-mates to expect a big response from Liverpool when the two teams go head-to-head in the Premier League on Saturday.

Leicester welcomed Liverpool to the King Power Stadium on Tuesday night for a Carabao Cup third-round clash and it was the hosts who managed to advance in the competition, picking up a 2-0 win.

Japan international Shinji Okazaki opened the scoring before Algeria’s Islam Slimani grabbed a second and the Foxes have been handed a home clash against Leeds United in the fourth round.

Craig Shakespeare’s men will be hoping to make it consecutive victories over the Reds on Saturday and inflict more misery on their opponents, who have failed to win in their last four matches across all competitions.

Many of the players who were rested for Tuesday’s outing are expected to be restored to the starting line-up and shot-stopper Schmeichel, who was linked with a move away this summer, is one of those.

The Denmark international is looking forward to the game but he has warned his side to expect a much better performance from Liverpool after they received a dressing down from Jurgen Klopp.

“I think we can expect a reaction from Liverpool,” Schmeichel said.

“I think it was clear to see that their manager wasn’t happy after the game, so he’ll be rallying them up.

“They’ll want a reaction, but we’ve got to not just match that, but outdo that.

We have to make sure that Tuesday was a momentum changer for us so that we get back into that winning habit again.”

Despite beating Liverpool in midweek, Leicester are the 4.20 outsiders to pick up all three points, a draw is priced at 3.75 whilst the visitors are 1.91 favourites.