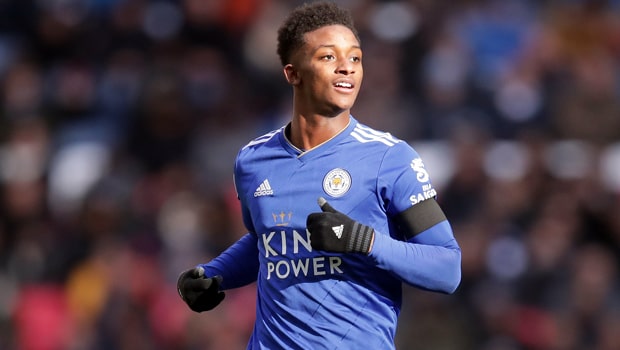 Leicester City’s Demarai Gray said he was pleased the team had some overdue luck go their way as they beat Brighton 2-1 on Tuesday.

Gray was on the mark for the Foxes as they beat the Seagulls with new manager Brendan Rodgers watching from the stands at King Power Stadium. He scored the first goal of the new era after just 10 minutes with Jamie Vardy adding a second, Brighton getting back into the game through Davy Propper.

However, Leicester held on for the win, their first since New Year’s Day, a run of form that led to Claude Puel’s dismissal after the weekend loss to Crystal Palace.

Rodgers’ first game in charge takes place at Watford on Sunday and Gray is happy they go into that game having ended their winless run.

He told LCFC TV: “I think the main objective was three points. “We made it difficult at times, they had a few clear-cut chances, but we had the luck we’ve been needing the last few weeks after our last few results.

“It’s positive and it’s a positive start for the new manager, we’re all excited and everyone’s happy, so it’s a good day.”

While Leicester are within sight of the top 10 in the Premier League after the victory on Tuesday night, Brighton’s struggles continue and they are without a win this year, a run that has taken them to within just two points of the relegation zone.

They play bottom side Huddersfield on Saturday as they bid to climb the table. Brighton are 8.00 to be relegated while Southampton are 9.00.