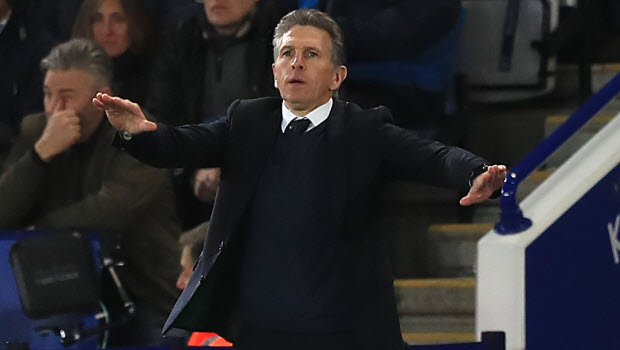 Leicester City boss Claude Puel wants his side to play without pressure when they host Manchester City in a Carabao Cup quarter-final at the King Power Stadium on Tuesday evening.

The Foxes welcome the Premier League champions amidst an alarming loss of form, but Puel is not getting worried. Leicester have lost their last three fixtures and managed one Premier League win in their last six, slipping to 12th in the table.

Questioned as to whether he felt pressure on his own position, Puel said: “No. Why? When we need to have a good reaction, we keep our concentration and focus in the game and to give our best.

At the end of the game there will be a winner to continue the journey. It doesn’t have a consequence of the Premier League games. “We need to take this game without pressure but with strong feeling to do our best to win.”

Pep Guardiola’s side bounced back from their only domestic loss of the season when they beat Everton 3-1 at the weekend. Puel, who steered Southampton to a League Cup final two years ago, is aware of the challenge but says Leicester should embrace it.

“We know this team. It is a team that has the ability to improve their [performance] against any opponent,” he said. “All the opponents need to adapt their play against them.

It’s a strength and with Barcelona I think they are the only team with the ability to improve their game in all circumstances.”