Claude Puel: Harry Maguire can be a future captain 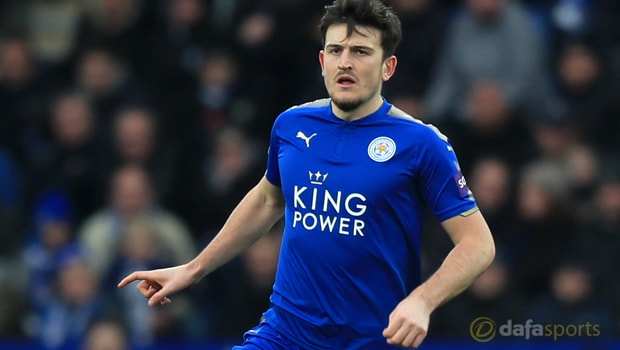 Leicester City manager Claude Puel believes that defender Harry Maguire has all the attributes to be a future captain of the club.

The former Sheffield United star joined in the summer from Hull City for £17million and he has repaid the club for their faith.

He has scored two goals and made 28 appearances in the Premier League, forming a solid partnership with current skipper Wes Morgan.

Maguire has played every minute in the Premier League this season and the 24-year-old is on the shortlist to feature for England at the 2018 World Cup in Russia.

While other clubs may be looking at snapping him up, Puel believes the centre-back could become the captain at the King Power Stadium once Morgan moves on.

He told the Leicester Mercury: “If he can keep this consistency and quality, it’s natural he becomes the leader of the team.

“He can be the leader of the defence, but different players can have good leadership in this team. It’s important to have different solutions and different options within the team.

“Wes Morgan at the moment has the leadership. Schmeichel also has good leadership. Jamie Vardy for his goals and Riyad Mahrez for his qualities.

“Wilfred Ndidi, at 21 is fantastic, with his activity and engine. All of this gives good strength for the team, we need to develop all of the team in terms of leadership. “But Harry is a good option.”

Maguire is expected to start Saturday’s clash with Bournemouth, with Leicester 1.85 favourites. The draw is 3.75, while the Cherries can be backed at odds of 4.20.