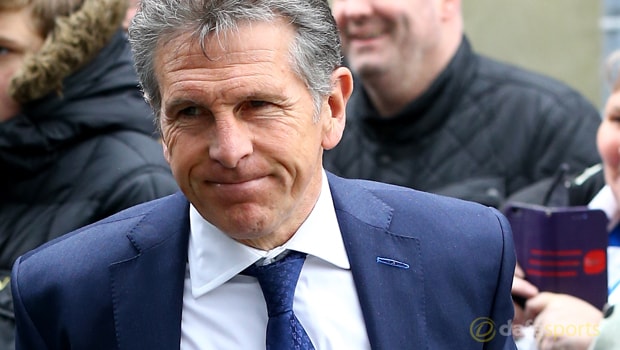 Leicester coach Claude Puel admits he could be sacked but insists he is still focused on doing his job at the King Power Stadium.

The Frenchman is under pressure at the Foxes after their season fizzled out in April. Leicester’s last win came against Brighton on March 31 and they have now lost four of their last five games.

As a result their hopes of qualifying for the Europa League are now over, with Burnley taking that spot ahead of next season.

Puel is hoping to guide his team to a top-10 finish as he did at Southampton last season before being sacked. Despite the pressure, Puel insists the Foxes have made progress since his arrival in October.

“The Premier League is like a piranha club but the most important thing for me is to build for the future,” said Puel.

“It is not possible in six months to have all the possibility to perform like a great team. We have to work together with patience and we can build something strong for the future.

“I am pragmatic about this. I finished eighth in the table with Southampton and we can see where they play now.

“I came into a team in difficulties. We’ll finish in the top half of the table, it can create a problem with discussion and speculation. Seventh or eighth is the reality.

“The Premier League, we can accept this, but in my work there is no pressure because it doesn’t change my philosophy.

I will continue to build and perform and develop young players, this is not a risk, it is my job.”

Leicester host Arsenal on Wednesday night and star striker Jamie Vardy is priced at 7.00 to score the first goal.