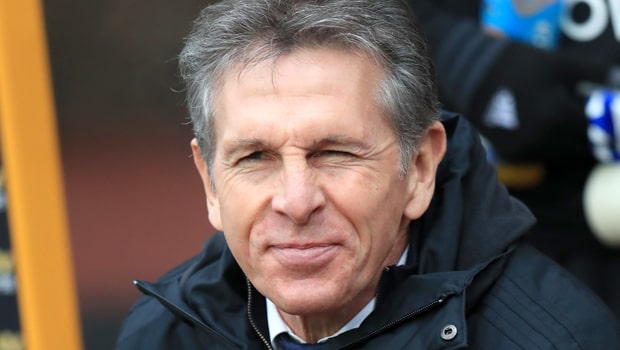 Claude Puel accused his Leicester players of being naive in the wake of their 4-3 loss at Wolves. The Foxes came from 0-2 and 2-3 down to twice draw on terms with their hosts but they ultimately left Molineux pointless.

The defeat increased the pressure on under-fire boss Puel, tipped by many to be the next Premier League manager to lose his job.

Wes Morgan’s equaliser looked to have secured a credible point of the road when his 87th-minute header made it 3-3 but Diego Jota completed his hat-trick in the third minute of stoppage time to ensure the home side won a thrilling contest.

Leicester attempted to play offside in the final added minute and Jota was left unmarked to turn in a Raul Jimenez cross. Puel felt his players should have got something from the game.

“I think we have a lot of different feelings in this game, we started with poor intentions and conceded two early goals,” Puel said afterwards.

“It was crazy, we come back into the game with good quality and good chances. We lacked quality in our play but we came back with fantastic spirit in the second half.

“We came back with desire, aggression and put Wolves under pressure. We pressed well, continued our intensity.

“But after the good feeling of coming back we needed to waste some time. We didn’t manage the game at the end, we were naive in our goals and our management at the end.

“The game is finished [at 3-3] – we needed to keep our position without trying to score another goal because there was a lot of tiredness.”

Leicester are 15.00 to win their next game away at Premier League leaders Liverpool. The Reds are 1.22 while the draw is 6.50.