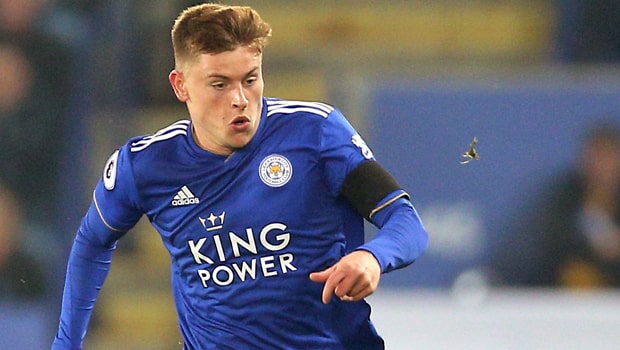 Leicester boss Brendan Rodgers has urged Harvey Barnes not to worry about his lack of goals since returning from his loan spell with West Brom in January.

The Foxes sent Barnes on a season-long loan to the Baggies last summer and he impressed during the first-half of the campaign in the Championship, scoring nine goals in 26 appearances.

The 21-year-old’s form was so good at Albion that Leicester opted to recall him during the January transfer window and he has been a regular at the King Power Stadium since his return, particularly following Rodgers’ appointment as manager in February.

However, one thing that has been missing from Barnes’ game since his return is a goal, as he has failed to find the back of the net in any of his 12 Premier League appearances to date.
That could be something that starts playing on the England under-21 international’s mind, but Rodgers has urged him not to worry, as he feels the goals will come.

“It is just a case of adding to what he has,” Rodgers was quoted as saying by the Daily Star.

“We need to get him pressing higher up the pitch so you have more chances to create opportunities to score. He is a wonderful talent.

“He doesn’t have to get hung up on the goals side of it yet, although eventually that is what he will be judged on. What he creates and scores.”

Barnes, who has previously scored for Leicester during their victory over Fleetwood in last season’s FA Cup, will be hoping to end his wait for a first top-flight goal when the Foxes take on West Ham at the London Stadium on Saturday.

Leicester are priced at 2.30 to emerge from the capital with all three points, while the Hammers are available at 3.10 and the draw is on offer at 3.50.