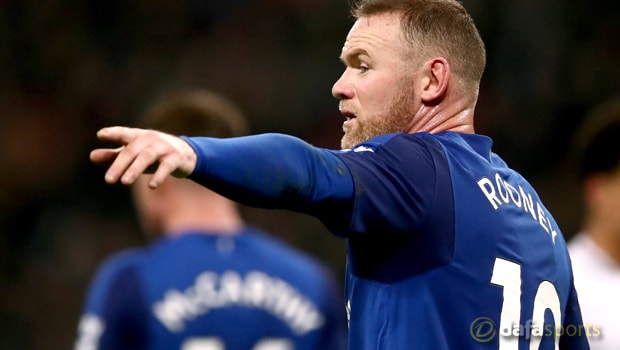 Pep Guardiola’s side are close to playing “perfect football” says Rooney, who admits the Spaniard is swiftly moving to recreate his majestic Barcelona formula in Manchester.

City have built a massive advantage in this season’s title race, leading the way by 13 points at the top of the table with 12 games remaining.

Rooney, like Old Trafford boss Jose Mourinho, has conceded that eroding that gap will not be possible this season and the former England frontman suggests it will be equally tough for United next term.

“In terms of catching Manchester City, they certainly won’t this season, but, if I am being perfectly honest, it will be difficult to catch them next season,” Rooney told Sky Sports.

“City are getting to the level Barcelona were at four or five years ago. It is not nice for me to say, but it is almost perfect football at times.

“Guardiola is putting the foundations in place to try to emulate that Barcelona team, and they are well on their way to do that. Another one or two players coming in this summer, and I don’t think they are that far away.”

While he suggests it will be difficult for his former club, Rooney believes the January capture of Alexis Sanchez was a wise one.

The Chilean is the sort of player that can draw extra from those around him, according to Manchester United’s all-time leading goalscorer.

“He has got aggression, passion, desire. And you can see he is a winner,” Rooney said of Sanchez.

“That is what Manchester United have really lacked – players around Lukaku who can really push [Romelu] Lukaku on.

“Sanchez will do that. Like [Carlos] Tevez when he joined United – he lifted players around him, getting that extra five, ten per-cent.”

Rooney’s Everton side are 2.25 to beat Crystal Palace on Saturday at Goodison Park, with the forward 5.50 to net the opening goal of the game.