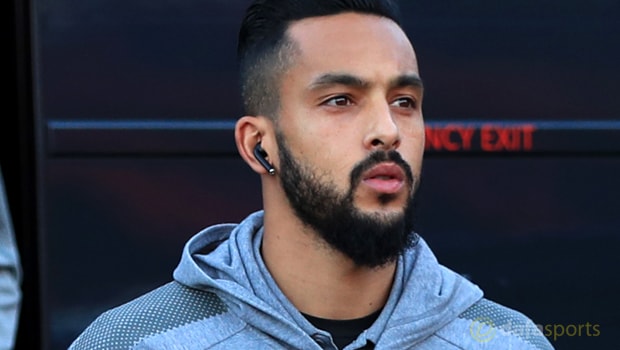 Theo Walcott says Sam Allardyce was a key influence in his decision to move to Everton.

The Toffees secured England international Walcott from Arsenal in a deal worth more than £20m on a three-and-a-half year contract this week.

Walcott had been with the Gunners for 12 years, amassing close to 400 appearances under Arsene Wenger and scoring 108 times.

He says the move to Merseyside was one he ‘just felt good about’ despite some interest from his former club Southampton.

Allardyce succeeded Ronald Koeman in the Everton hotseat following the Dutchman’s dismissal in October and Walcott says his new boss quickly sold the notion of a move to Goodison Park when they talked.

“The manager is very hungry and it’s just what I need. I’ve had a couple of chats with him and straightaway I felt that hunger and that desire that he wanted from me,” he said.

Wenger admitted he would have preferred Walcott to stay at the Emirates but, with no guarantees of first-team football, the Frenchman conceded that it was a ‘sensitive’ time for the player with the World Cup in Russia this summer.

For his part, Walcott felt the time was right to call quits on his Arsenal career and he believes Everton can pick up some silverware in the coming seasons.

“There’s something about this move I’ve just felt good about,” Walcott added.

“It felt like it was time for me to move on [from Arsenal].

“It was sad but it’s exciting at the same time and I want to reignite my career and push Everton to win things as they have done before.”

Everton are 2.15 to beat West Brom at Goodison on Saturday, while Walcott 2.80 to get on the scoresheet.