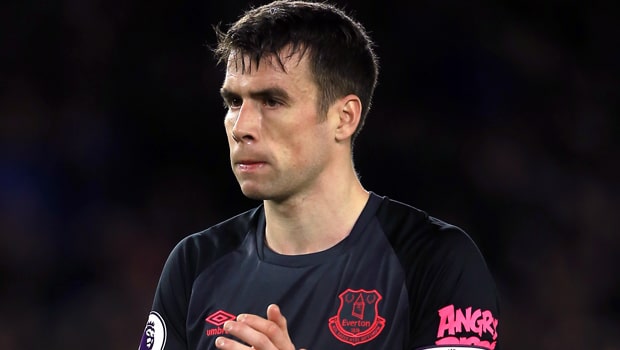 Seamus Coleman suggests that managers in the Premier League are often left carrying the blame for underperforming players that ‘get away with murder’.

On the back of the midweek victory over Cardiff, the result has helped ease some of the scrutiny on manager Marco Silva.

It was a positive outcome for Everton and while plenty of their faithful were delighted to stop Liverpool regaining top spot from Manchester City, Coleman felt they might have won the game and should prefer to focus on their own plight.

“I’m more pleased with the performance and more disappointed we haven’t got the win as I thought they were there for us and we didn’t happen to get the job done,” said the defender.

“We can only worry about ourselves and we can only be better but, late on, you could feel they were playing for something massively important and that is all credit to them for the season they are having.

“It is going to be a tough battle between them and Man City but we want to be having more of an impact on our own season rather than putting dents in other people’s.”

Everton have taken just 15 points from a possible 45 since losing to Liverpool at Anfield in December, winning only four of 15 league games.

Silva is under the spotlight given that run of form, during they were knocked out of the FA Cup by Championship side Millwall but according to Coleman, too much blame is left on the manager when teams fail to perform to their best.

“It’s one of the things I don’t like about modern day football; it always seems to go on the manager’s toes and us players seem to get away with murder a little bit,” he added.

“I think managers need time and the manager here is working very hard. It’s not going to happen overnight or one season.

“He needs to get his own players in, implement his own style of play. That goes for all around the league. I think owners need to be a bit more patient.”