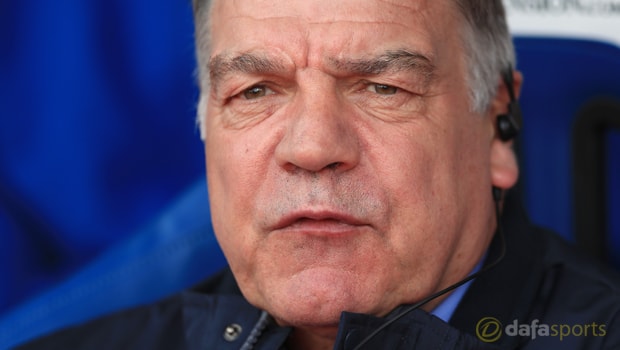 Sam Allardyce has ruled himself out of the running to become Everton’s new manager after claiming “it just didn’t feel right”.

The Toffees are yet to appoint a permanent manager following the dismissal of Ronald Koeman after the 5-2 defeat to Arsenal on October 22.

Everton, who are priced at 11.00 to be relegated, very swiftly parted company with Koeman the following day and placed Under-23s boss David Unsworth in caretaker charge.

Unsworth has failed to stop the rot, having lost three of his four games at the helm, although his men did complete a dramatic comeback victory over Watford before the international break.

The Hornets led 2-0 at Goodison Park before Oumar Niasse, Dominic Calvert-Lewin and Leighton Baines netted in the final half hour to pick up a morale-boosting 3-2 triumph.

The Merseyside outfit were expected to name a permanent manager during the international break, however they appear no closer to finding their man.

Burnley boss Sean Dyche was initially linked but he has distanced himself from the rumours after enjoying a strong start to 2017-18 with the Clarets.

Allardyce has now ruled himself out of contention after concerns over Everton’s hesitant approach.

Allardyce told talkSPORT: “It never materialised as I thought it would unfortunately. For me, such a long time without a decision, I had to make a decision myself.

“The decision is that it is probably better it wasn’t me. It is a fabulous football club. It would have been a fabulous job, but it just didn’t feel right.

“I think when you’re sat in my position you want people to be decisive and feel like they want you. I didn’t quite get that feeling overall. They were hesitating that I was the man.”