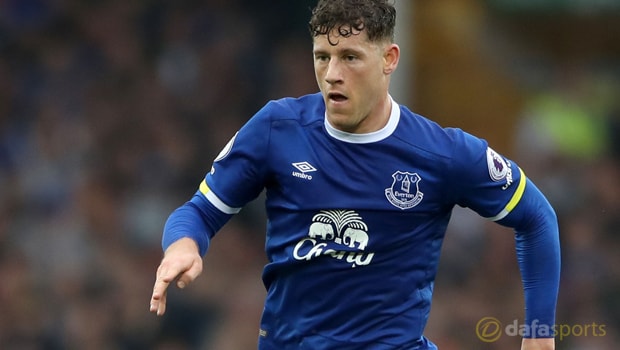 Sam Allardyce has warned Everton fans he risks being forced to sell Ross Barkley in January, but is hoping the midfielder will have an about-turn and decide to stay at Goodison Park.

The 24-year-old, who last played a competitive fixture for the Merseysiders in May, could make his return from a hamstring injury next month.

The playmaker suffered from a dip in form under previous manager Ronald Koeman who warned earlier this year he must “accept a contract” before the end of last season.

World Cup hopeful Barkley, who was linked to champions Chelsea in the summer, sees his current deal expire in 2018 and is yet to re-sign for the club. New manager Allardyce knows his hand may be forced in the new year transfer window and says fans must brace themselves for the prospect of Barkley leaving.

“It’s a difficult one,” he told reporters. “I haven’t had the opportunity yet to find out the truth, or the whole scenario, to ask, ‘Where does it lie?’ and then make a decision one way or the other.

“I’m not in control of that in too many ways. If someone comes in during January and says, ‘Here you go’ [with an offer] and the club says, ‘Look, if he’s not going to sign for us, this has to be the case,’ then I accept that.”

Everton have climbed to 10th in the Premier League thanks to a four-match unbeaten run and Allardyce has not closed the door on welcoming Barkley back into the first-team squad.

“If Ross stays, and stays until the end of the season, and I feel he is giving 100 per cent to the team, like he has done since he was a kid, then he is an available asset until he leaves on a free transfer,” he said.

Everton welcome Swansea City on Monday and are quoted 1.75 in the match betting. The draw outcome is quoted 3.60 and the visitors are available to back at 5.00.