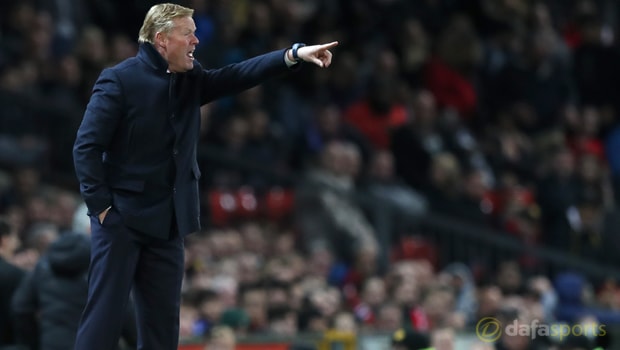 Ronald Koeman admits he is looking to add players with greater quality in the final third in a bid to take Everton to the next level.

The Toffees enjoyed a solid first season under the Dutchman’s tutelage, eventually finishing seventh, eight points behind Manchester United directly above them.

One issue was their inability to score on the road, with the Blues netting just 20 times in 19 trips away from Goodison Park.

Koeman regularly highlighted his frustration at their lack of cutting edge and his opinion is put into perspective by his side’s statistics.

Although Romelu Lukaku netted 26 times in the Premier League, their next top scorer was Ross Barkley, who managed six.

The future for both players appears uncertain and the boss has made no secret of the type of signing he is looking at to boost their hopes of a top-four finish, something Everton are 9.00 to achieve in 2017-18.

Adding attacking quality is clearly a priority for Koeman, who himself made his name as a goalscoring defender, and he already appears to have his targets in mind.

The 54-year-old believes that improving his side’s goals-per-game ratio will be the key to their hopes of taking the next step in their evolution.

“A clear objective will be to bring in players who will have more productivity,” he told evertontv.

“I expect that we can change that for next season.

“If we can do the business we want to do this summer, the team for next season will be really strong, I believe.”