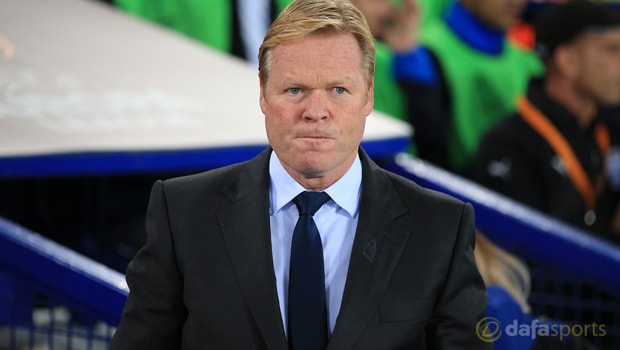 Ronald Koeman believes Everton missed a great opportunity to get their first victory of this season’s Europa League group stage after they were held to a 2-2 draw by Apollon Limassol on Thursday.

The Toffees went into the match at Goodison Park on the back of a 3-0 away defeat to Atalanta on match-day one, but they were the favourites to secure all three points against Apollon, who finished third in the Cypriot First Division last season.

However, things did not start well for Koeman’s men as they fell behind after just 12 minutes, although they did bounce back from that setback and moved into a 2-1 lead courtesy of goals from Wayne Rooney and substitute Nikola Vlasic.

With Apollon down to 10 men Everton should have held on for the win, but the Cypriot side grabbed an 88th minute equaliser to secure a share of the spoils, with Koeman admitting afterwards that his side had missed a great opportunity to secure all three points.

“If you don’t win at home, you need a win or at least to draw away,” Koeman said.

Everton have now won just two of their last nine games in all competitions and Koeman admits confidence is low within his squad.

“They are afraid in [how they are] playing,” the Dutchman added.

“That’s difficult in the situation like we are – we are missing seven, eight players [through injury].

Maybe that’s too much in the situation that the team is. We’ve had two wins and a win today makes a difference.”

The Toffees will return to action on Sunday when they play host to Burnley in the Premier League and they are priced at 1.67 to win that match, while the Clarets, who are in good form away from home this season, are available at 5.50 and the draw is on offer at 3.75.