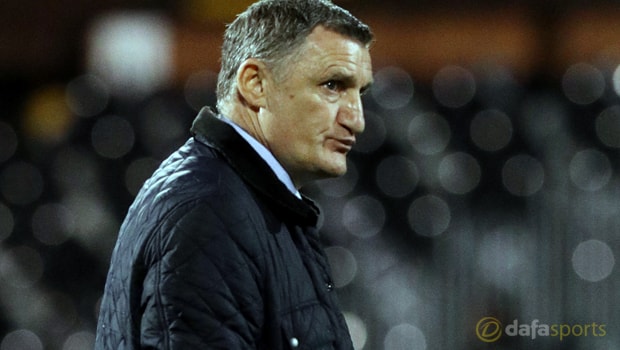 Tony Mowbray knows Blackburn cannot afford to rest on their laurels when they play host to struggling Gillingham in League One on Saturday.

Rovers will head into the match off the back of their impressive 2-0 victory over Rotherham at Ewood Park on Tuesday, a result that has moved them to within two points of the play-off positions.

Next up for Blackburn is another home clash with Gillingham, but Mowbray is refusing to take the Gills lightly, despite the fact they are currently in the relegation zone and without a permanent manager following the recent sacking of Ady Pennock.

“We have to really focus in on Gillingham now,” Mowbray told the club’s website.

“Obviously they have been a team that have been at the wrong end of the table.

“It will be a team that will work extraordinarily hard, know that they have to show to a new manager what they are capable of.”

Blackburn are yet to secure back-to-back home wins in the league this season and Mowbray is wary of slipping up at Ewood Park once again, particularly as the 1-0 defeat to AFC Wimbledon earlier this month is still fresh in the memory.

“I worry that it is a dangerous game, a game that if we don’t turn up it will be like Wimbledon,” the former Celtic boss added.

“So we have to show our quality at the weekend, try and pick up maximum points and keep taking each game as it comes.”