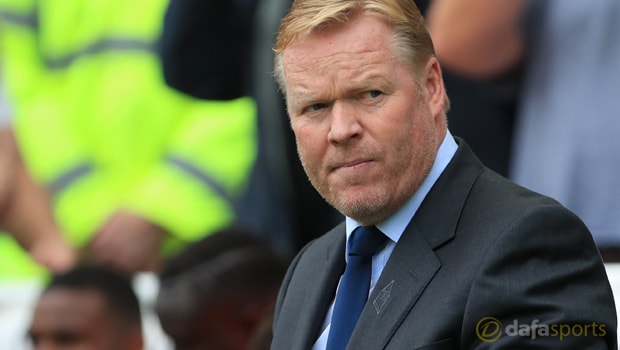 Ronald Koeman admits his Everton side have failed to live up to expectations this season.

The Toffees were tipped for a strong campaign after spending big in the summer but have faltered somewhat, with the Dutchman struggling to find his best combinations.

Sunday saw them produce another sluggish performance, trailing 1-0 at Brighton before a last-gasp penalty from Wayne Rooney earned them a share of the points.

They now turn their attention to European matters, with Lyon set to visit Goodison Park on Thursday in the Europa League.

The Toffees are 2.30 to kick-start their campaign after a tough opening couple of rounds, with the draw 3.40 and Les Gones 2.88.

Koeman appears in need of a win, with Sunday’s poor result, combined with another display that failed to impress the travelling supporters, adding further credence to the opinion that his job is in danger.

The former Southampton boss concedes his team have fallen short of what they are capable of so far this season but is confident they have the talent to turn things around.

“We work hard and we fight, but we know it’s a difficult competition. But I’m proud of the team and what they showed today in a really difficult situation.

“That’s the way we need to come out and win games – and we will do that.”

When asked about his future he added: “My whole football life is pressure. If I don’t get pressure from outside I put pressure from inside onto myself.”