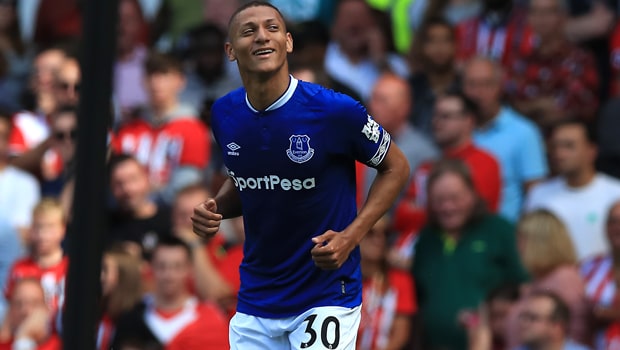 Brazil legend Rivaldo is confident Everton will get full value for money after spending big on Richarlison this summer.

The Toffees forked out £40m to purchase the forward from Watford which was seen as a gamble after his poor return in the Hornets’ colours.

The 21-year-old played in every Premier League game last term but managed to score only five goals, with the fans unconvinced about his long-term potential.

That is now no longer their problem after Marco Silva persuaded the Goodison money men to dig deep and he has been rewarded with three top-flight goals from as many matches from the former Brazil Under-20 ace.

Richarlison’s early-season form has seen him called up to the full Brazil squad for friendlies with the United States and El Salvador and given the famous number nine shirt.

Rivaldo, who scored 35 goals from 74 outings with the Selecao, has been impressed and believes his compatriot will go on to prove Everton’s outlay was good business.

“Nowadays it’s hard to know if a player really deserves the money spent on him, because transfer values are high,” he said.

“I believe he’ll justify the investment at Everton. He is making things happen.

“He’s producing solid performances in the Premier League and is clearly a good player, with great potential that could be really important for Brazil soon.”

It remains to be seen if Richarlison can help take the Mersyesiders to the next level and they are 19.00 to finish in the top four.

Next up is a home clash with struggling West Ham United and Silva’s side are on offer at 1.91 to take all three points, with the Hammers trading at 4.20.