Nikola Vlasic eager to get going 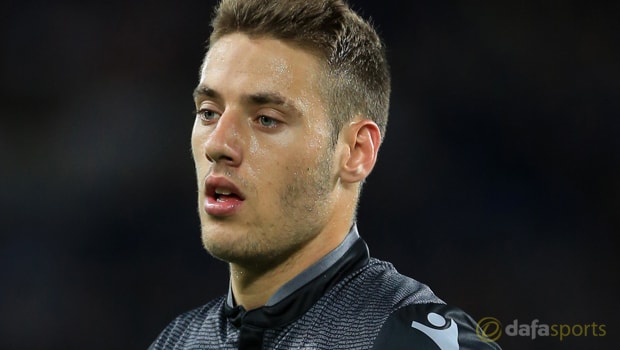 Nikola Vlasic insists he is excited to get his Everton career up and running after completing a switch to Goodison Park from Hajduk Split on transfer deadline day.

The 19-year-old became Everton’s ninth summer signing in the closing hours of the window last week and he eventually joined for a fee in the region of £9million.

Vlasic featured against Everton, who are priced at 11.00 to finish in the top four, in the Europa League and his performances caught Ronald Koeman’s eye and convinced the Dutchman to make a move for his services.

The winger has won one cap for Croatia and featured over 100 times for Hajduk Split since making his senior debut in 2014.

However, he admits the last week has been a whirlwind and he is now excited to get on the training pitches with his new team-mates.

Vlasic will link up with the Everton squad after the international break later this week as he looks to hit the ground running and make a good impression.

“I need to bring all of my stuff here, find a place to live, find a car and, of course, start training,” Vlasic told evertontv.

“But it is all good stuff, because I know I am in England, I am an Everton player and I will be playing in the Premier League.

“It means nothing is difficult. I will do whatever it takes to be successful at this club.

“I cannot wait to meet my teammates. I met the captain, Phil Jagielka, in the corridor on my way to signing and I was all excited.

“He shook my hand, welcomed me here and told me he would see me at training, so I am looking forward to meeting him properly – and everyone else.”