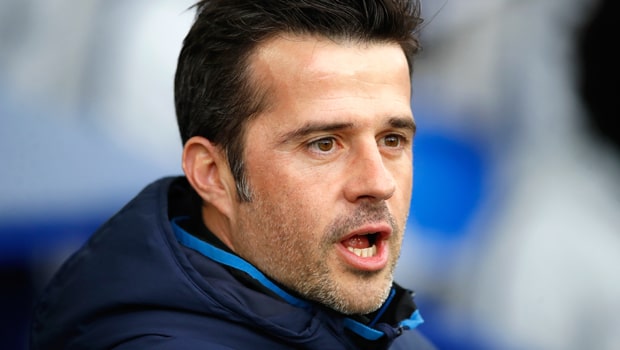 Everton boss Marco Silva is adamant he is still the right man for the job as he tries to silence his doubters by helping his team beat Chelsea in the Premier League on Sunday.

The Toffees have won just one of their last five league games and that form has seen them drop down into 12th in the table.

European football will have to wait for another season, but Silva insists that is something he will continue to strive for at Goodison Park.

The former Watford boss has had his critics this season already but he believes the players are behind him as they look to win their first home game in four attempts.

He told Sky Sports: “I am 100 per cent sure that we as a club and me as a manager have the conditions to get through this.

“I am not asking for time, because in football you never get time. But if the players believe, and the feedback from the players is good, and the club believes, if everyone is together, I don’t doubt we can reach the level that we want.

The most important thing is that the players believe that our way can make us stronger. If they believe we will achieve that.

“This is a club that has to fight every time to play in European competitions. The fan base we have will help achieve that, the owner wants that. These are things that we can achieve by growing our idea together, keeping our best players, and creating one identity. We are a big club but to achieve great things we need one identity.”