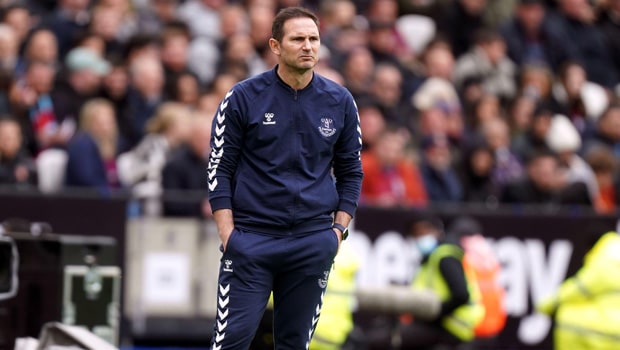 Everton manager Frank Lampard has demanded more quality from his side after Sunday’s 2-1 loss to West Ham United in London.

The result leaves the Toffees just three points shy of the last relegation place, which occupies 22 points. Although Everton has two games in hand, the former Chelsea player and manager believes his team needs to do more after their sixth loss in eight Premier League games.

“We have to show more quality – and there is that in this group – to stay up. Everton has a huge history and a fanbase. At the moment, we’re working on getting through this moment. The players and I are giving everything. The fans can know if we keep doing that over 10 games, we will be OK.” Lampard said.

Frank Lampard replaced Rafa Benitez at the Merseyside, but he has not been able to exactly change the fortunes of the side.

Aaron Cresswell opened the scoring for the Hammers in the 32nd minute with just his second goal of the season from a free-kick.

Mason Holgate equalized for the Toffees, who are searching for their first away win in the Premier League since August. Jarrod Bowen put an end to any hopes of that with a goal five minutes later.

While West Ham moves into the top six, Everton will continue their fight against the drop on Wednesday with a relegation battle against Burnley. Everton are in a tough relegation battle with Watford, Burnley, Leeds United, Newcastle United, and Norwich City.

Meanwhile, Tottenham scored five against Newcastle to beat them 5-1 in the Toons’ third consecutive loss.

On Monday, Arsenal will hope to strengthen their top-four hold with a victory when they play Crystal Palace.