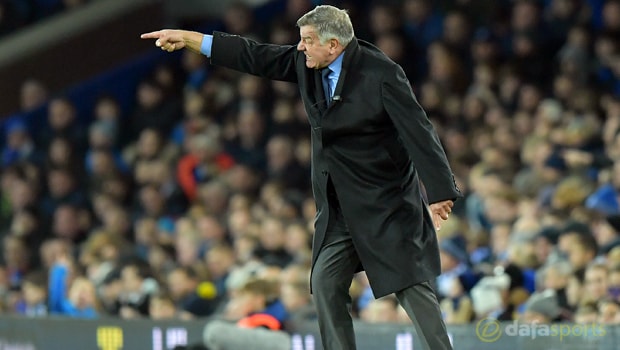 Sam Allardyce labelled being Everton manager his “dream job” after seeing his tenure get off to a winning start against Huddersfield at Goodison Park.

Gylfi Sigurdsson finished neatly less than two minutes into the second half and Dominic Calvert-Lewin added the second after taking a pass from Wayne Rooney as the Toffees ran out 2-0 winners.

It meant six goals and six points for Everton in four days, following the 4-0 victory over West Ham on Wednesday.

Allardyce watched that game from the stands but he was delighted with how things started in the dugout and hopes it will be ‘onwards and upwards’ now for Everton.

“Getting a win in your first game after a fantastic win on Wednesday night – and back-to-back league wins for the first time this season.

Let’s hope it’s onwards and upwards, boys,” said Allardyce. Allardyce is back in Premier League management having left Crystal Palace in May.

He kept the Eagles up after a slow start and says those that have written him off in the past are in for another shock.

“It took me six games at Palace to get my first win and everybody was telling everybody else I’d come back too soon, I wasn’t the man I used to be,” said the former England manager.

“If I take a job I’m totally, fully, 100 per-cent committed and I don’t take the job in any other circumstances.

“I turned many a job down before this one. I felt this one was right for me. It’s a dream job for me and I’ll give it 100 per-cent.”

Next up for Allardyce is the Merseyside derby against Liverpool at Anfield on Sunday 10 December.