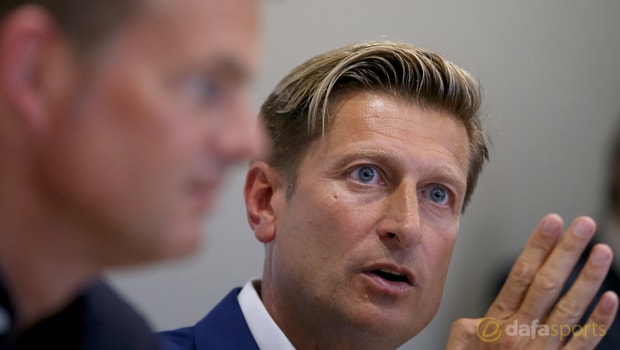 The Eagles, 5.50 to be relegated, were involved in a relegation dog-fight for many months last season, firstly under Alan Pardew and then under Sam Allardyce when he took over in December.

Palace looked destined for the drop at one point but six wins in eight matches before the end of April propelled them up the table.

With Allardyce now retired, De Boer is the man tasked with bringing more success to the club and he will be looking for a top-10 finish this season.

Parish believes the club have stagnated for too long and he has urged the Dutchman to produce the goods.

He told the Croydon Advertiser: “If we don’t get better, we are only ever going to be where we are.

“If we don’t get the structure of this football club right and start building pathways for young players and start doing something different than just trying to outspend people, like we did in January last year, it is not a sustainable model for any football club at our end of the division.

“There’s a fantastic opportunity with this club, with the eighth biggest shirt sponsorship deal in the league, I think we’ve got something special and there’s a little bit of something else about this club that I think everyone realises is there.

“We already play exciting football, no-one can tell me that we play dull football, we just need to find a way of incorporating that into winning games.

We have got to just temper our style and I put my trust in Frank to do that.”