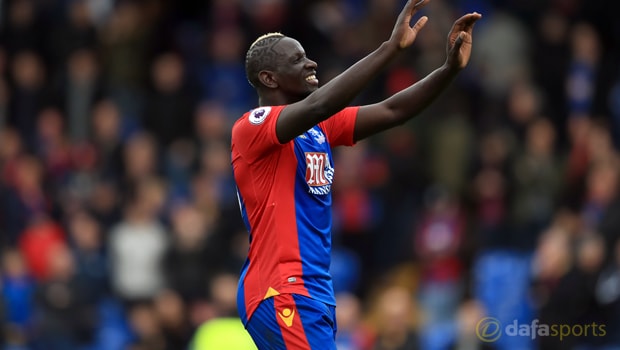 Crystal Palace chairman Steve Parish says the club are interested in signing Mamadou Sakho from Liverpool on a permanent deal but insists the price must be right.

Sakho was frozen out at Anfield by Jurgen Klopp after the German was left unimpressed by the defender’s antics during their pre-season tour of the US.

The France international failed to make an appearance in the first half of the season but accepted the opportunity to get his career back on track when he joined Palace on loan in January.

The 27-year-old proved to be massively influential at Selhurst Park and undoubtedly was key in ensuring the club remained out of the bottom three when things got a little tight.

Unfortunately for Palace they have been left without Sakho for the closing stages of the campaign after he sustained a nasty knee injury in the loss to Tottenham.

However, Eagles chairman Parish is hopeful they will get to see him turn out for the club again as they attempt to land him in on a permanent deal.

Liverpool are demanding £30million for the former Paris Saint-Germain defender but the Palace chief is hoping to bring them down on that valuation when negotiations begin.

“The money needs to work for us and for Liverpool,” Parish told Holmesdale Radio.

“I am sure there will be a negotiation. If we can make it work of course we would like to, I am not going to try and be coy about it.

He is a very good player. He likes being with us and we like him. Let’s hope we can do it.

“You cannot con anyone that he did not make a massive difference. He is a big character and has the respect of all of the players.

It is one we would like to do.” Palace can be backed at 3.60 to pick up a win in their final game of the season when they travel to face Manchester United, who are priced at 2.00, while the draw is available at 3.80.