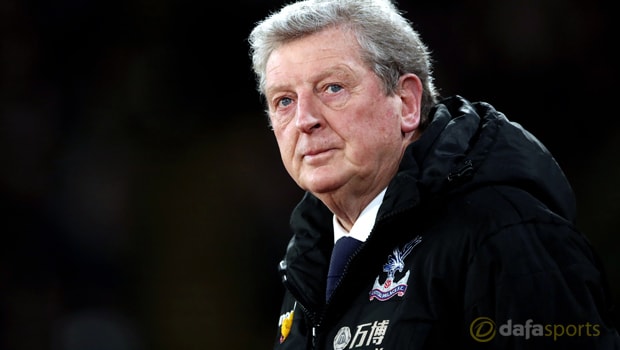 Roy Hodgson admitted he felt “sadness” for his Crystal Palace players in the aftermath of Monday’s 3-2 defeat to Manchester United.

The Eagles led 2-0 after 48 minutes thanks to strikes from Andros Townsend and Patrick van Aanholt but failed to hold on under fierce pressure from the Red Devils.

Chris Smalling and Romelu Lukaku made the scoreline level before Nemanja Matic fired home in stoppage time to seal a United win.

It is the second time in as many outings Palace have lost out late on, after Harry Kane’s 88th-minute header saw Tottenham snatch victory last month.

After dragging themselves away from the drop zone, a significant injury list has seen Hodgson’s side slide back down the table and they currently sit 18th, priced at 3.00 to go down.

The boss was despondent after Monday’s game, admitting he felt sorry for his players having seen them give their all. “Sadness. Total sadness,” he said.

“I saw a group of players give their all for the club, for their teammates against – on paper at least – overwhelming odds and to come away with nothing from the game, as we did on Sunday against Tottenham Hotspur, for the second time in a row.

“I feel very sad for them. I’m proud of the performance and I can’t criticise any player for the effort or the work they put in, their discipline tactically.”

Things do not get easier for the Eagles as they face Chelsea next time out on Sunday teatime.