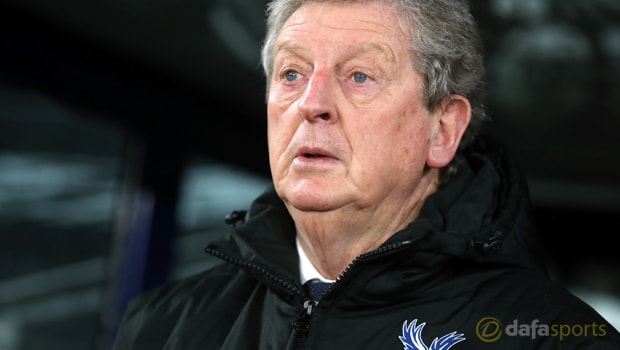 Roy Hodgson insists Crystal Palace still have a lot of work to do in their fight against relegation despite their dramatic 2-1 victory over Watford.

The Eagles went into the closing stages of Tuesday night’s clash at Selhurst Park trailing 1-0 thanks to an early Daryl Janmaat strike, but they rallied and scored two goals late on through Bakary Sako and James McArthur to seal a much-needed victory.

The result has extended Palace’s unbeaten run in the Premier League to six matches and their current form is a far cry to the start of the season when they lost their opening seven games without even scoring a goal.

Former England boss Hodgson is refusing to get carried away, however, as he knows there is still a long way to go in the fight against relegation.

“It is a huge three points; where we are in the table, every three points is unbelievably worked for,” Hodgson told BBC Sport.

We have a mountain to climb and it’s wonderful to win but we’re still very close to the bottom of the table.”

Palace are developing a knack for scoring late goals, as they also netted in stoppage time during their recent victory over Stoke and draw against West Ham.

Hodgson believes those late strikes underline the determination within his squad to succeed.

The 70-year-old added: “We’ve done well in the late stages of games, so I’ve got to commend the players’ attitude and determination to keep going even when things don’t look like they’re going our way.”

Palace are next in action when they travel to the King Power Stadium to take on Leicester on Saturday and they are priced at 3.80 win that match, while the Foxes are available at 2.00 and the draw is on offer at 3.50.