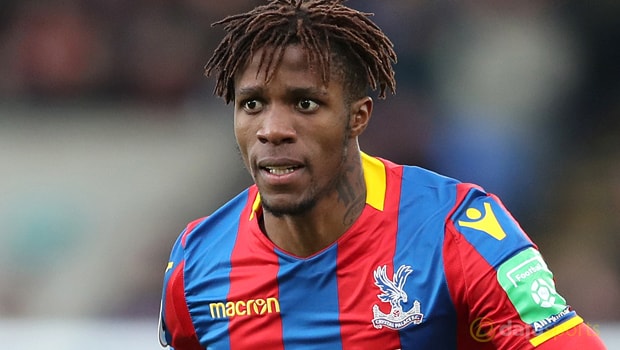 Crystal Palace boss Roy Hodgson admits Wilfried Zaha may be out for up to a month although he hopes the winger can recover quicker than that.

Zaha picked up a knee problem in Sunday’s 1-1 draw with Newcastle, although he managed to stay on the pitch for the whole of the game.

Initial fears this week had suggested he might be ruled out for the rest of the season, but Hodgson says those have been revised now.

The prognosis appears to be a month, with Zaha likely to miss games against Everton, Tottenham and Manchester United in the coming weeks. His manager feels the winger has a better recovery speed than most.

“He’s a very quick healer and we’ll be working to get him back as soon as possible. He won’t play versus Everton though,” said Hodgson.

“If he recovered in a week or two it would be a fantastic effort, but it’s more realistic we’d have to wait a month for him. It’s not certain. He’ll be pushing the medical staff to come back as soon as possible.”

The former England boss has stabilised the Selhurst Park club into 14th spot but they have managed only one win in their last six games and are still within three points of the relegation zone, with Hodgson enduring a tough run with injuries.

“Quite frankly I can’t remember a time when I’ve had this many players injured at a club,” he added.

“These things happen. We certainly haven’t been too lucky of late with injury, but the players have kept battling on and will try to get results.

“We won’t feel sorry for ourselves or make excuses.”

Crystal Palace are 3.40 to win away at Everton on Saturday. The Toffees are 2.25 to bounce back from a 5-1 thumping at Arsenal with a win, while the draw is 3.30 for the Goodison Park encounter.