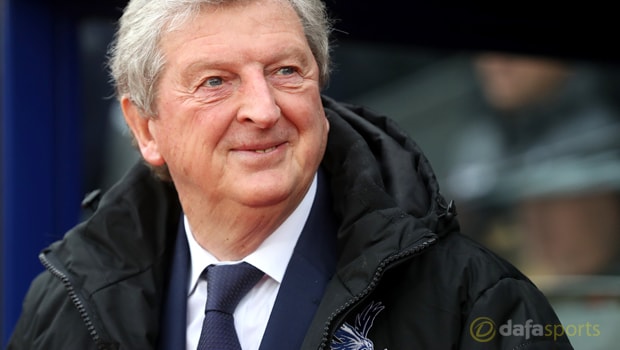 Crystal Palace boss Roy Hodgson admits it is a huge boost to have Wilfried Zaha fit and available once again.

The Ivory Coast international picked up a knee injury during the 1-1 draw with Newcastle at the beginning of February and he subsequently missed the next three matches, as Palace suffered defeats to Everton, Tottenham and Manchester United.

However, the 25-year-old returned to action as a substitute during last weekend’s 2-1 defeat at Chelsea, although that result has left the Eagles inside the Premier League relegation zone and a point adrift of safety.

Palace will now face a trip to fellow strugglers Huddersfield on Saturday and Hodgson has confirmed that Zaha is fit enough to start that match and he believes it will be a huge boost to his side to have such an influential figure back in the team.

Speaking about Zaha, Hodgson said: “He has the exceptional ability to run with the ball and beat people. Those type of players are very important as we saw in the Chelsea-Barcelona game and Lionel Messi.

If Messi hadn’t played it could have been a totally different result (Barca won 3-0).”

Zaha is not the only Palace player to have recovered from injury, as Hodgson has confirmed that Ruben Loftus-Cheek, Mamadou Sakho and Yohan Cabaye are also available for the trip to the John Smith’s Stadium.

“All four are definitely available and I have to pick what I think is the best starting 11 from this group – something I haven’t been able to do for a long period of time.”

Palace can move out of the relegation zone if they secure a victory against Huddersfield and they are priced at 2.63 to achieve that feat, while the Terriers are available at 2.88 and the draw is on offer at 3.10.