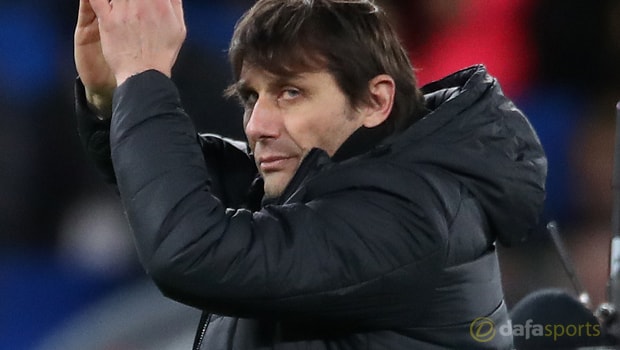 Antonio Conte believes having some competition between Alvaro Morata and Olivier Giroud can help Chelsea over the remaining months of the season.

Morata arrived from Real Madrid last summer and got off to a flying start, but the 25-year-old has hit the wobbles and is now without a Chelsea goal in seven games.

Giroud meanwhile arrived in January from Premier League rivals Arsenal on an 18-month deal at Stamford Bridge. He got the nod ahead of Morata on Monday as Chelsea bounced back from consecutive defeats with a 3-0 win over West Brom.

Morata is mature enough to handle the competition for his place, according to Conte, who feels having both strikers should be a benefit in the months ahead.

“Alvaro is a player with a good responsibility and a good maturity,” Conte said.

“Giroud is a good option. He is very strong and powerful and he can help us for the rest of the season.”

The Blues host Hull in the FA Cup fifth round on Friday while they face Barcelona in the Champions League last-16 next week.

A last-eight berth in the FA Cup is important to Conte, who wants a top-four finish and two positive cup runs to end this testing season.

“When you start a season, every competition is a priority,” said Conte.

“We tried to do the same in the Carabao Cup to reach the semi-final.

“There is not one priority, there are three priorities for the rest of this season.”

Chelsea are 5.00 to win the FA Cup this season, while the Premier League champions are 26.00 for Champions League glory.