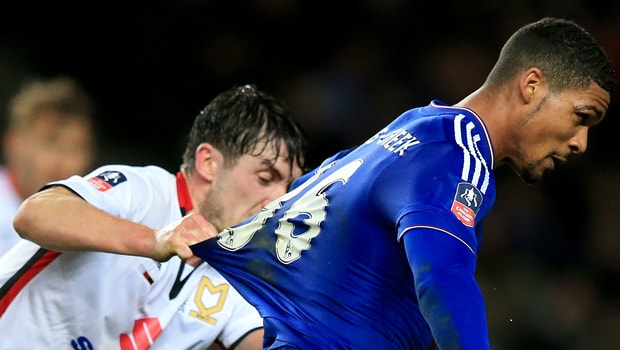 Ruben Loftus-Cheek says he wants to be playing regular first-team football next season and hinted that could mean an exit from Chelsea is on the cards this summer.

Loftus-Cheek has worked his way through Chelsea’s youth ranks since joining the club in 2004 but has struggled to nail down a regular spot in the senior team, mainly down to their large spending over the past decade.

The 22-year-old attacking midfielder spent this past season on loan at Crystal Palace and he impressed throughout the campaign, making 24 Premier League appearances and scoring two goals in the process.

His performances led to a first England cap last year and the Lewisham-born star was included in Gareth Southgate’s 2018 World Cup squad for the Russia showpiece.

Loftus-Cheek, who is being tipped to start in Sunday’s Group G clash against Panama, was quizzed about his club future and he revealed an exit from Stamford Bridge may be needed.

“I want to play as much as I can. And even this past season I didn’t play as much as I would have liked, because of the injuries and stuff, so I still feel I need a proper season of playing, wherever it is,” he told BT Sport.

“We’ll see what happens. I’m confident in my ability and that I can do well, wherever it is.

But I’m not thinking about whether I’m going to play at Chelsea right now. I’m only focused on the tournament.”

Chelsea, who are expected to announce Maurizio Sarri as their new manager in the coming days, are 13.00 to win the 2018/19 Premier League whilst Manchester City are 1.67 favourites to retain the title.