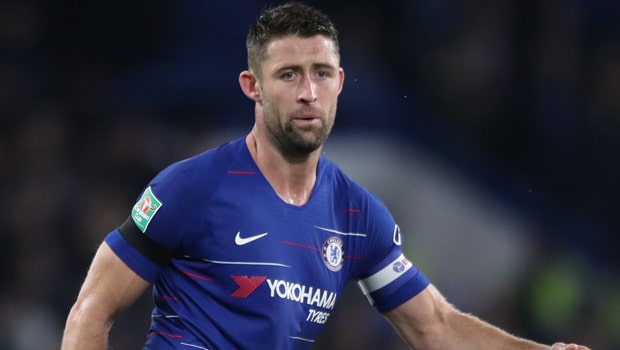 Gary Cahill feels he may remain in the Premier League next season after exiting Chelsea.

The 33-year-old central defender was an unused substitute in the 4-1 Europa League final win over Arsenal in Baku, while he managed only two league appearances under Maurizio Sarri in the Italian’s first season as boss.

That convinced Cahill that his future lies elsewhere and he says he is desperate to be playing first-team football again next term.

He is going to take the next few weeks to consider his option but Cahill, who reportedly turned down approaches from Juventus, Monaco and Fulham during the January transfer window, feels he can secure a Premier League move.

“I want to go away on holiday for a few weeks and then I’ll come back and see what options there are for me,” Cahill said.

“I’m confident that potentially I might stay in the league but I want to wait and see, take the decision over the summer.

“I’ve got a lot of time to think about things and hopefully make the right decision. I can’t wait to get back playing next season. I’m looking forward to that.”

Having left Stamford Bridge on good terms, Cahill feels Chelsea are on the right track after their season ended with a top-four finish and some silverware. He’s keen to see where his now former team-mates can go next.

“Looking forward, we have to see what happens with the (transfer) ban and see how that plays out, but we’re looking forward to the young players coming through. They’re very exciting,” he added.

“I’m sure the fans will embrace that and the lads who are still here. I see the squad being able to build again and move forward.”

Chelsea are 21.00 to win the Premier League next season and 2.00 to finish in the top four.