Frank Lampard: N’Golo Kante should be fit for season start 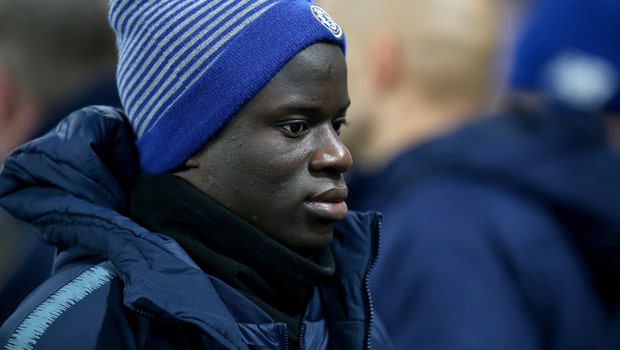 Chelsea boss Frank Lampard remains hopeful that N’Golo Kante will be fit “very soon” after making the decision to send the midfielder home from Japan for treatment.

France international Kante has been struggling with a knee injury he picked up on the eve of Chelsea’s 4-1 Europa League final win over Arsenal in May and faces a race against time to recover for the start of the new Premier League campaign.

The 28-year-old is yet to feature for Lampard’s side during pre-season and the decision was made to send the midfielder home prior to the Blues’ 2-1 victory over Barcelona in the Rakuten Cup on Tuesday.

Speaking about Kante in his post-match press conference, the manager said: “He is okay. It was a decision that I made because I felt that him being here, with the facilities and the moving and travel that we have been doing, it probably wasn’t the most beneficial for him.

“He went back, has had a few days at Cobham (Chelsea’s training base), working well, progressing, so hopefully by the time that we get back at the end of the week I will sit down with the doctor and hopefully know that he will be back with us very soon.”

With Chelsea under a two-window transfer ban, Lampard will be forced to delve into the club’s youth set-up this season and two players are putting their hands up for regular senior starts.

Tammy Abraham, who netted against the Catalans, and midfielder Mason Mount have been earning huge praise for their performances in pre-season, but the manager has attempted to ease expectations. “I won’t get carried away with anything about this performance,” Lampard added.

“Tammy’s a goalscorer and he’s hungry for goals. Now it’s his time to prove it for Chelsea. To get his goal will put him in good stead. There’s competition. “Mason’s had a great trip and he’s announced himself into the first-team squad.”

Chelsea face a trip to Manchester United on August 11 for their season-opener and the Blues are 3.30 to get the win, a draw is priced at 3.40 while the Red Devils are 2.20 favourites.