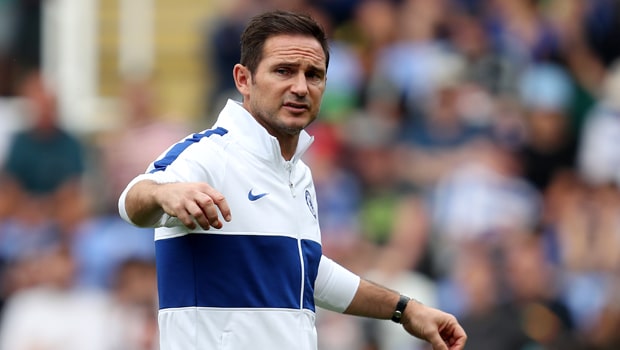 Chelsea coach Frank Lampard has piled the praise on Christian Pulisic after his superb performance against Salzburg on Wednesday.

The Blues travelled to the Red Bull Arena and recorded a 5-3 win thanks to two goals from Pulisic, while Ross Barkley, Pedro and Michy Batshuayi also found the back of the net.

Pulisic was signed by Chelsea in January but he was allowed to remain at Borussia Dortmund for the remainder of the Bundesliga campaign.

The USA international is readying himself to play in the Premier League for the first time and he showed plenty of pace and composure on the ball as Chelsea won their third friendly in a row. When asked about his performance, Lampard told reporters: “I was very impressed with the way that he took the goals. “As a winger in the Premier League, he has to adapt to that league.

He is young but with huge potential and I am happy for him. “While they scored a number of goals, Lampard was quick to address their defensive woes after they shipped three goals. Chelsea play Borussia Monchengladbach in their final pre-season friendly on Saturday and the former midfielder has demanded more at the back from his team.

“We want to concede zero goals, so it is a concern and we want to improve on it,” he added. “We will talk about it. We can’t afford to make those mistakes.”

Chelsea open the campaign against Manchester United on Sunday August 11, with the Red Devils 2.20 favourites. The draw is 3.40, while the Blues are also available at the same price to grab all three points.

The Blues face a tough start to the season as they will then play Liverpool in the European Super Cup, before then taking on Leicester City at Stamford Bridge.