Chelsea To Be Without Jorginho and Mason Mount for Atletico Clash 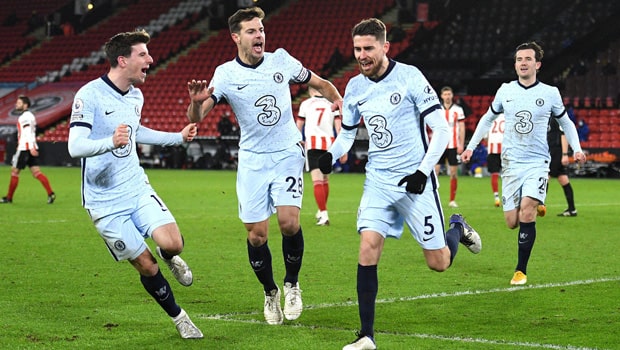 Italian midfielder Jorginho and Mason Mount will sit out of Chelsea’s UEFA Champions League Round of 16 second leg match against Atletico Madrid on Wednesday.

Both players will miss the game due to suspensions and they will be a big absence for Thomas Tuchel as both players have contributed six goals in 13 goals scored under the reign of the German manager.

The Blues will also be without English striker Tammy Abraham and Brazilian defender Thiago Silva as both players are out with injuries.

They are not expected to return until after the international break.

Chelsea takes a 1-0 lead from the first leg and they would hope to do enough to move into the quarterfinals of the competition which will be their first time since the 2013 2014 season.

Olivier Giroud scored a screamer in the first leg to give Chelsea the win.

The German manager believes that the Blues have to be focused for the duration of the second leg despite taking the lead into the match on Wednesday.

He regards and gives credence to Atlético Madrid’s defensive quality which has seen them sit at the top of the La Liga table.

“Atletico is one of the teams to give away the fewest chances in the whole of Europe so it’s very important to be patient and keep this level going. We need to be focused, play a high-intensity match, and play with hunger, aggression, and a high level.” Tuchel said.

Early goals from Kevin De Bruyne and Ilkay Gundogan in the 12 and 16th minutes of the first half helped Pep Guardiola’s men to a 4-0 aggregate win against the Germans who they defeated 2-0 in the first leg.