Chelsea through to final after beating Real Madrid 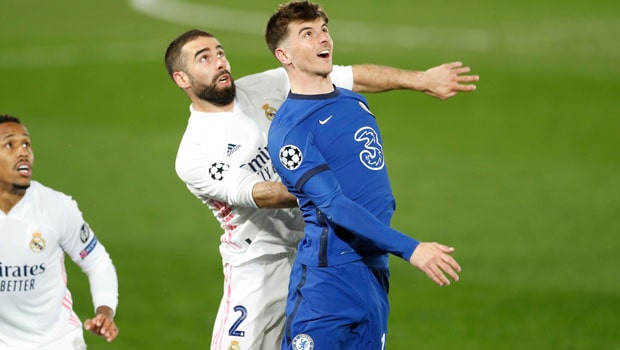 Real Madrid was beaten for the second time at Stamford Bridge on Wednesday evening as Chelsea secured the final ticket to set up and all English UEFA Champions League final.

After playing a 1-1 draw in the first leg in Spain, Real Madrid needed to win outright to secure passage into the final which will be played in Istanbul Turkey on the 29th of May.

Los Blancos were on the front foot at the start of the match on Wednesday evening as French striker Karim Benzema forced Chelsea’s goalkeeper Mendy into fantastic saves which kept them level.

However, the Blues took the lead in the 29th minute of the first half as Kai Havertz headed into an empty net after teammate Timo Werner had chipped the keeper Thibaut Courtois but only hit the crossbar.

After the opening goal, Thomas Tuchel’s side was also culpable of some missed chances, which could have seen them double their advantage but the 2nd goal didn’t come until late in the second half, when English midfielder Mason Mount found the back of the net.

it is the third time that Chelsea will be making the final of the UEFA Champions League after the 2008, and 2012 final which they got to and defeated Bayern Munich in the final to lift the trophy.

Pep Guardiola’s side defeated PSG 4-1 on aggregate after a 2-0 victory on Tuesday evening to qualify for their first-ever UEFA Champions League final appearance.

Meanwhile, an all-English final could also happen in the UEFA Europa League if Manchester United can maintain their first-leg advantage and Arsenal beats Villarreal to also qualify on Thursday.