Chelsea Get Well-Earned Point from 1-1 Draw vs Liverpool 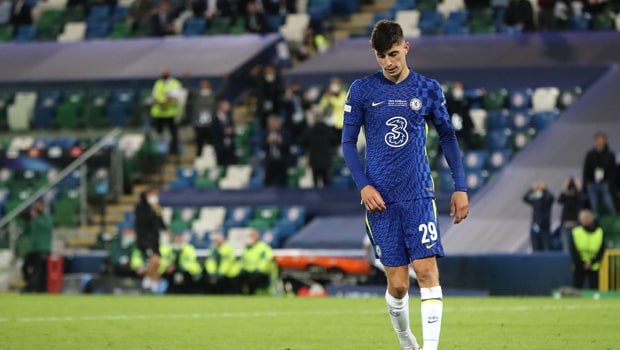 “Everything was enjoyable apart from the result,” Liverpool’s Jurgen Klopp said. “I saw two very good football teams. It was a great first half from us and actually a good second one because it’s so tricky when you play against nine defenders and have to create and create. Could we have done better? Yes. But it’s early in the season. For sure we should have made more of the advantage. We have one point more than before so let’s carry on.”

The 10-man Chelsea side dug their heels in, managing to get 1 point from the draw at Anfield.

“We decided to stay in a back five,” Chelsea’s Thomas Tuchel said. “We wanted to stay active and make it hard to create chances. The first 10 minutes seemed endless. The last five minutes, I was actually praying we take what we deserved. It was a hard and a tough one, but a very strong second half defensively.

Liverpool dominated possession 64-36 for the match, but managed just three more shots on target than Chelsea by the end.

Cesar Azpilicueta came up with quite the performance for the Blues on Saturday for Chelsea against Liverpool. He had the most touches (79); the most passes (53); the most clearances (9); and joint-most tackles (6).

“Disappointed not to come away with the three points,” Liverpool’s Harvey Elliot said. “I personally think I could’ve broken them down a bit better, made the chances count, but it’s a point on the board and we’re focusing on Leeds now. It’s something we can reflect on and learn from.”

Liverpool are back in PL action next vs Leeds United on 12 September. Chelsea and Aston Villa match up the Saturday prior, 11 September.