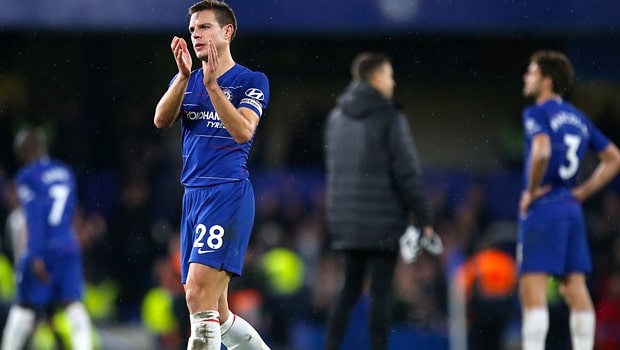 The Blues have struggled of late, winning just two of their last five matches in all competitions.

Maurizio Sarri’s troops sit fourth in the Premier League table but they are four points behind third-placed Spurs after 23 games.

Chelsea lost the first leg of their Carabao Cup semi-final 1-0 at Wembley before they then responded by beating Newcastle United 2-1.

The west Londoners were then soundly beaten 2-0 by Arsenal last time out but will fancy their chances of bouncing back and reaching next month’s final at Wembley given Spurs’ current injury problems.

Striker Harry Kane is out until March, while midfielder Dele Alli is out for the next six weeks and Heung-Min Son is still at the Asian Cup.

With their three key attacking players absent, Azpilicueta believes his team have a great chance of rebuilding some momentum by overturning the deficit from the first-leg.

“I am looking forward to Thursday’s game, I think we have a massive opportunity to come back again to Wembley,” he told Sky Sports. “We were in the FA Cup final a few months ago, we were in the Community Shield.

“We are Chelsea, so we are used to going to Wembley. And hopefully we can bring our fans back again and reach another final.

“Thursday is when we have to put all the work on the (training) pitch and to play in Stamford Bridge against Tottenham in the semi-final of the cup, we have everything and the best game to turn it around all together and play a big game.”