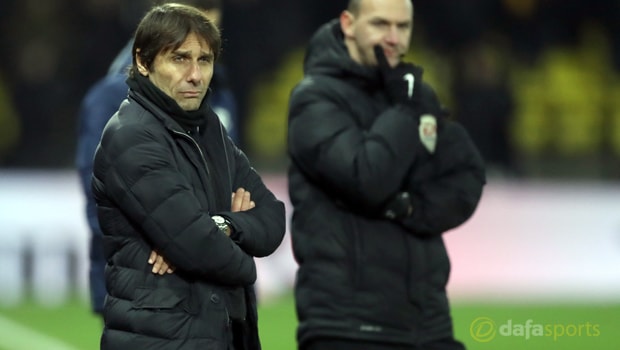 Antonio Conte has reiterated his desire to remain as Chelsea manager and he has called for the club’s hierarchy to back him publicly.

The Italian enjoyed a successful first season in English football as he guided the Blues to Premier League glory, but things have not gone so smoothly this term with the west Londoners currently lying fourth in the standings, a full 19 points behind leaders Manchester City.

There has also been constant speculation surrounding Conte’s future over recent months, as the 48-year-old, who has been linked with the Italian national team post, is out of contract at Stamford Bridge in 18 months’ time.

A run of one win in four league games since the turn of the year has further fueled that speculation, but Conte has now reiterated his commitment to Chelsea and he has called for the club’s hierarchy to offer him their full support publicly.

“Maybe I’d like that the club to prepare a statement for me to tell [the media], ‘I trust in his job, I trust in his work’,” said Conte.

“But at the same time I know that in the past it never happened, this, and for this reason why would I hope for something different?

“For sure, I think that I’d like to have a statement to support against this speculation.”

Chelsea are next in action when they travel to Vicarage Road to take on Watford in the Premier League on Monday.

The Blues are priced at 1.60 to win that match, while Watford, who have also been struggling for form of late, are available at 6.00 and the draw is on offer at 4.00.