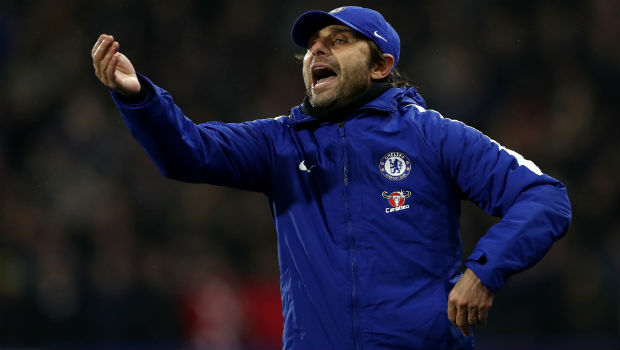 Antonio Conte declared himself pleased with Chelsea’s recent run of form, despite an edgy end to their 1-0 win over Southampton on Saturday.

The Blues were forced to cling on at Stamford Bridge as Southampton produced an aggressive second half display, led by substitute Charlie Austin. Chelsea had dominated the opening half, though they had to wait until stoppage time to forge ahead when defender Marcos Alonso curled home a clever low free-kick beyond Fraser Forster.

After the break, Mauricio Pellegrino sent both Austin and Sofiane Boufal off the bench and Southampton soon posed a real threat. Austin was denied one on one by Thibaut Courtois, while the striker had a couple of other half chances. After a succession of Saints corners, Chelsea found themselves running into corners to wind down the clock late on.

It was an eighth Premier League win in ten games for Conte’s side and, despite calling for his team to show more killer instinct in front of goal, the Italian declared himself pleased with their recent efforts. “When you do not score the second goal, you have to suffer. You are afraid at every corner and free-kick and the opponent has the chance to draw,” said the Italian.

“We dominated the game, shooting 24 times and hitting the post, and we needed to score the second goal to be relaxed. If you shoot only twice and score two goals, you must be worried. We had lots of shots but we must be more accurate in our finishing. “In the past 10 games, we have won eight, drawn one and lost one. This is our run, you have to consider the last 10 games, not just two. It shows we are doing our job.”

Chelsea are 1.67 to continue winning way on Saturday when they go to Everton. The Toffees are 5.25 while the draw at Goodison is 4.00.