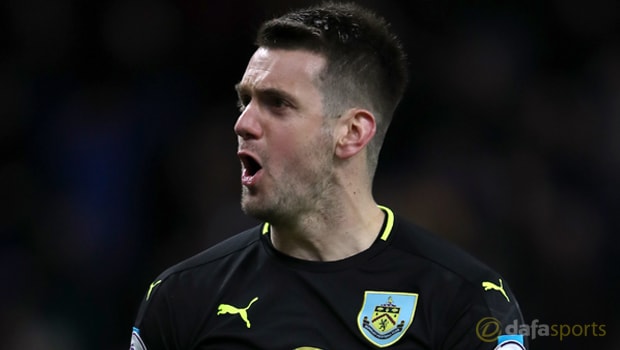 Burnley goalkeeper Tom Heaton has claimed his side were always confident they were never going to be involved in a relegation battle this season.

The Clarets, 2.38 to go down next year, were under pressure to deliver after earning promotion to the Premier League last season.

Sean Dyche’s men started the campaign with a defeat to Swansea before enjoying a shock win at home over Liverpool.

Although they did struggle with consistency, Dyche’s side did enough to pick up crucial wins when they needed to and they used home advantage to perfection.

Four wins in 10 matches at home after Christmas gave them a huge confidence boost and Dyche is now able to strengthen his squad once again.

Despite struggling at times, Burnley were only in the bottom three for the first week of the season.

Since the New Year, they have continued to push away from danger and Heaton admits the squad were always confident of surviving.

He told the Lancashire Telegraph: “It’s the way we’ve gone about it.

“We’ve done it how we do it, we’ve stuck together, we’ve learnt, evolved through the season, the aim was always to stay in this season and we’ve done it.

“We’ve done it against the odds. The wider expectation was that we were probably going to be struggling all year but we knew internally that wasn’t going to be the case.

“We believe in what we do and we stuck to that. We’ve come out with what we consider to be a really successful year.”