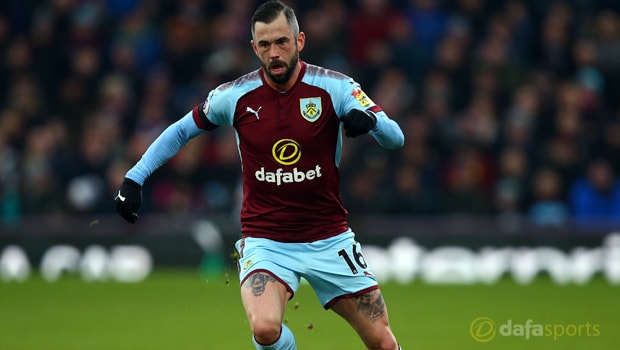 Burnley midfielder Steven Defour believes a top-10 finish in the Premier League this season would be a mark of progress for his side.

The Clarets have been one of the surprise packages in the division so far this term, as they have spent the majority of the campaign in the upper reaches of the division.

Indeed, Sean Dyche’s side briefly moved into the top-four of the standings following their 1-0 victory over Stoke in mid-December, although a seven-match winless run in the top-flight has now seen them slip down to eighth place.

Despite that recent dip in form, Burnley still remain firmly in the top-half of the standings, as they are a full eight points clear of West Ham in 11th.

Belgium international Defour believes the minimum objective for his side between now and the end of the season is to secure a top-10 finish and he insists achieving that feat should be seen as a mark of progress.

“We need top 10, that’s my honest opinion,” Defour was quoted as saying in the Lancashire Telegraph.

“We just need to keep working to try and stay in the top 10 and that will be a nice evolution from last year.”

Defour believes a top-half finish would also stand Burnley in good stead heading into next season, as he is convinced the Clarets will improve further over the coming years.

“Maybe next year we can do even better. I’m confident that we can achieve that,” the 29-year-old added.

Burnley are next in action when they travel to St James’ Park to take on Newcastle on Wednesday and they are priced at 3.75 to secure all three points from that contest, while the Magpies are available at 2.20 and the draw is on offer at 3.10.