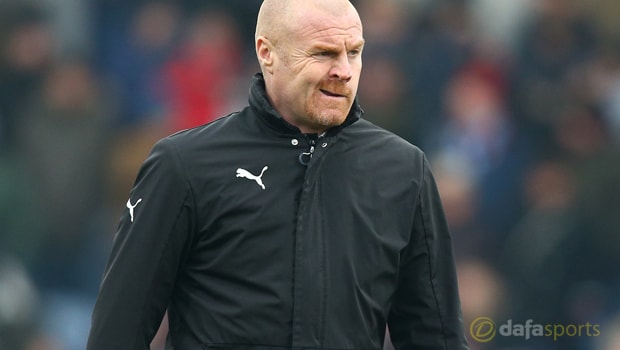 Burnley manager Sean Dyche has picked out four first-team players that he believes are in contention for an England call-up for the friendlies later this month.

The Clarets have enjoyed a fantastic season to date and, with nine games remaining, the club are sitting seventh in the Premier League, five points behind Arsenal in sixth.

Several players have been praised over the course of the campaign, with summer arrival Chris Wood, goalkeeper Nick Pope and striker Ashley Barnes – who is also being looked at by Latvia’s manager for an international call via a grandparent – all impressing.

However, four English players have been hitting the headlines for the right reasons in recent weeks and Gareth Southgate is reportedly mulling over the possibility of handing out call-ups to the quartet.

James Tarkowski, who has filled the void left by Michael Keane this term, Jack Cork, Ben Mee and Mathew Lowton are said to be in contention for a place in the Three Lions squad, and Dyche believes this would be justified.

“They are certainly candidates to be spoken about. Corky as well, Ben Mee and Lowts are on the periphery, people mention their names,” he said at a press conference.

“I respect Gareth Southgate and speak to him, but I don’t always speak to him about the players here.

“If he asks my opinion, I’ll give it but I do respect it’s very difficult to choose the right players in a squad, whether it’s a friendly or a tournament.”

Burnley return to action on Saturday away at West Ham and the visitors are 3.40 outsiders to pick up the win, a draw is priced at 3.20 whilst the Hammers are 2.30 favourites.