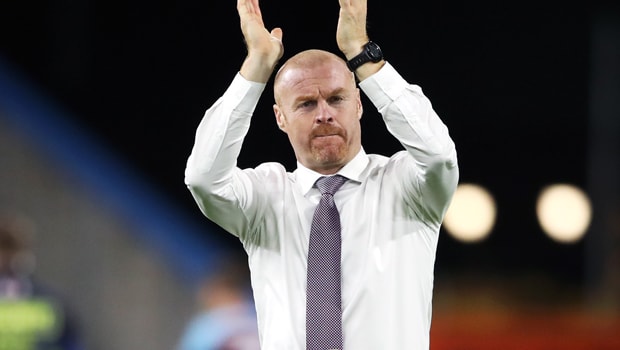 Sean Dyche was full of praise for the way his Burnley side came through a tough Europa League test against Istanbul Basaksehir.

Having managed a goalless draw in Turkey, the Clarets once again kept things tight and there was little between the sides at Turf Moor as 90 minutes failed to provide a goal.

However, Jack Cork stepped up to slam home the winner on 97 minutes and send the Lancashire outfit through to the play-off round where they will face Greek giants Olympiakos over two legs.

Extra time was the last thing that anyone at the Premier League outfit wanted, with Watford due to visit on Sunday, and the boss was buzzing after watching his troops battle it out for two hours in Europe’s second-tier competition.

“The physicality of the side was unbelievable,” said Dyche.

“We scored in the 97th minute from pressing their goalkeeper, so I’m more interested in the side I put out.

“I thought the work ethic, the shape of the team, some bits of good play and the details were very good.”

Burnley defied expectations to finish seventh in the English top-flight last term and seem to have adapted to life playing in Europe.

It remains to be seen if they can make the group stage but Dyche feels there is a togetherness at the club which suggests they are heading in the right direction.

“We work on a squad mentality here and a lot of it was on show again tonight,” he added.

“I thought there were a lot of really big performances out there.”

Burnley are 7/5 to beat the Hornets at the weekend, with Javi Gracia’s men on offer at 9/4 and the draw priced at 2/1.