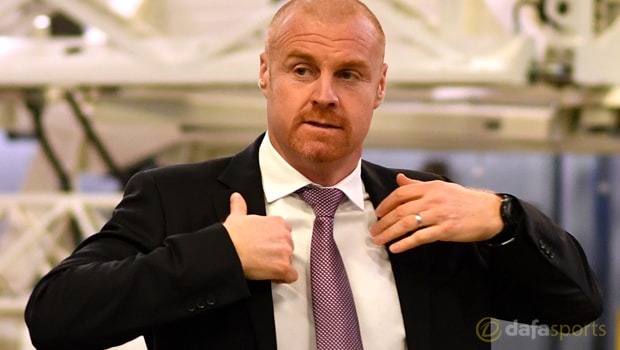 Burnley manager Sean Dyche says he has had no contact from Everton and he insists he is fully focused on his career at Turf Moor.

Dyche will celebrate five years at the club on Monday as his side prepare to take on Newcastle United at home.

The Clarets have continued to improve under the former Watford coach but he continues to be linked with a move away from the club.

Everton are on the lookout for a new boss after sacking Ronald Koeman and Dyche is one of the favourites to replace him at Goodison Park.

Dyche was also linked with the Leicester job but he is adamant his future is at Burnley.

The Lancashire club have won just one of their last five matches but the 46-year-old is focused on his career with the Clarets.

He told reporters: “The reality of the job when it’s going well is you’re likely to have some form of interest.

“I mentioned last week different links with different clubs have come around, but they are others people’s stories, not mine.

“They are out of my hands. In the short to medium term I am going to continue working hard as I have done.

“The three things that can happen are still the same; either people want me out, there is club contact and you move on, or you have enough and you walk off.

“I doubt that is going to be happen, but very rarely is football a forever story. Usually at some point things change.”

Dyche is expected to lead Burnley on Monday night and they are priced at 3.00 to win. The draw is available at odds of 3.10, while the Magpies are 2.60 favourites.