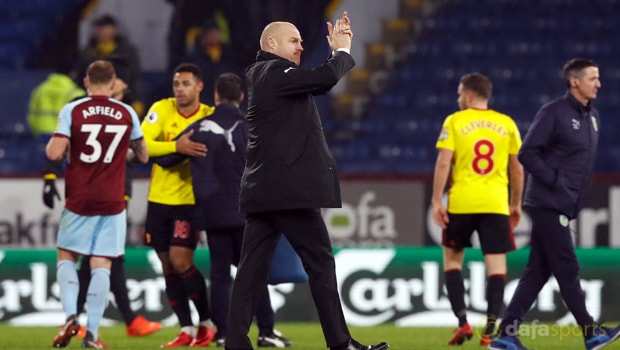 Burnley boss Sean Dyche insists his team deserved to beat Watford after a spirited display earned them a 1-0 win at Turf Moor on Saturday.

The Clarets, 81.00 to win the FA Cup, scored the only goal of the game in the first 45 minutes thanks to midfielder Scott Arfield.

Watford were reduced to 10 men when Marvin Zeegelaar was shown a straight red card and Arfield pounced before the break.

Hornets manager Marco Silva was quick to complain at the decision, but Dyche was full of praise for his team’s performance. He told Sky Sports: “It’s a very good win in the end.

It was eventful for many reasons. I thought they started well and we didn’t, then we grew into the game and had the sending off. Then we scored a good goal from Scotty Arfield and we really saw the game out pretty well overall.

“We had two goals chalked off, which were big decisions, and we didn’t get the rub of the green on them, but it was a deserved victory.”

Dyche was also happy to pick out both Arfield and Kevin Long for their displays as the duo stepped in to fill gaps left by the injured Robbie Brady and Ben Mee.

He added: “Great credit to them as professionals because it’s not easy when you are not playing every week.

The way they look after themselves and the work the staff do with the players. Their clarity of thought has been superb.

“Whenever we have had to change and bring players in or players have been waiting they have delivered, and they did today. Obviously Scotty today, not just his goal but his performance, and Kevin Long.”