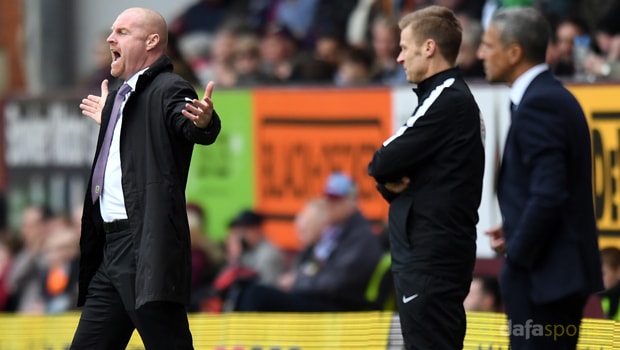 Sean Dyche felt it was hard to be critical of Burnley despite a sub-par performance in their scoreless draw with Brighton at Turf Moor.

The Clarets boss felt his team got the basics right and applied themselves well, though the quality that has characterised their season was missing.

Seventh-placed Burnley failed to secure the win that would have guaranteed European football next season but they are now within touching distance.

They need just one more point from their last two games to secure their place in the Europa League. Even a pair of defeats might not stop Burnley.

Everton can still match their points tally following a 2-0 win at Huddersfield on Saturday, though the Toffees must beat both Southampton and West Ham – and make up a 15-goal deficit on Burnley.

It wasn’t the performance he wanted but Dyche says his players deserve the benefit of the doubt, given the season they have had.

“It was a game of huff and puff, lacking quality. A lot of endeavour, good habits and doing the basics.

It’s hard to question these lads, you have the odd dip in form and to come out with a point is a good measure,” he said.

“It’s still a good point, still a clean sheet, but not the performance we’re used to. I’m very pleased with the whole season, to say the least.”