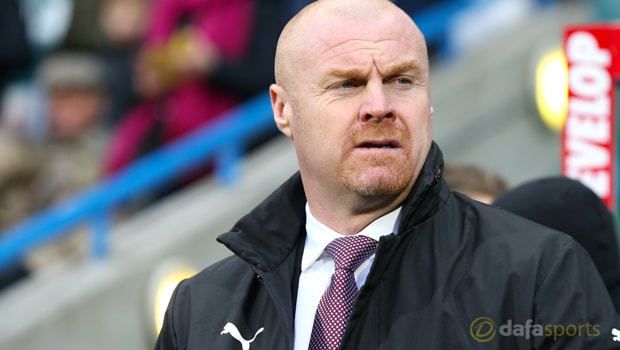 Sean Dyche says there is money there to be spent this month for Burnley if desired, though he reiterates he’ll continue to operate a business model that works for the club.

Dyche and Burnley are off to face Premier League leaders Manchester City in the FA Cup at the Etihad Stadium on Saturday, a tie that illustrates the discrepancies amongst some club’s in England’s top tier.

The Clarets boss also freely admits that the January window isn’t the ideal time to be getting business done.

“There’s an appropriate amount but January’s tough. We’re open minded. We’ve looked at a few things but it’s all about availability,” he said.

“We were around the £4-6m profit margin in the summer, for player trading, so the health in our finances is good.

“The chairman gives me a good amount to work with, but within the reality of Burnley Football Club.”

Pep Guardiola has spent vast amounts on player recruitment since taking over at City, while rivals United smashed the world record transfer fee in 2016 to get Paul Pogba back from Juventus.

This week already, Liverpool have paid a world record £75m for a defender in getting Virgil van Dijk from Southampton.

Dyche feels that some clubs that simply do not have a functioning business model he can relate to anymore.

“There used to be a balance about spending, even for the big clubs, and they would buy and sell accordingly,” he added.

“But no one seems to be bothered now in the Premier League. Business models have been pushed aside.

“There are a few clubs, like ourselves, where business has to be run properly, for the size of the club.”

Burnley are 13.00 to win at City in the FA Cup on Saturday. The Citizens are favourites are 4.50 to lift the trophy.