Michael Keane tipped for the top 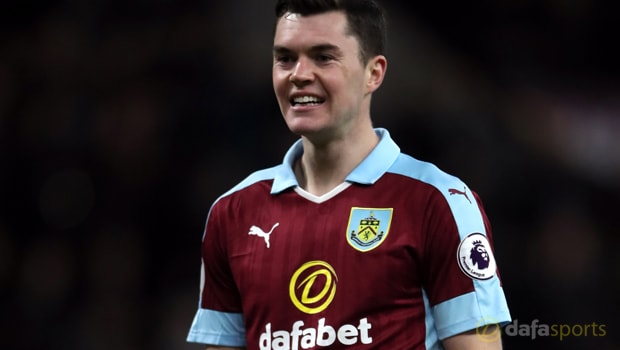 Former Burnley man Michael Duff has talked up Michael Keane’s mentality and believes the defender has all the attributes to reach the top.

The defensive duo played alongside each other prior to Duff’s decision to retire from professional football at the end of the 2015-16 campaign.

The 39-year-old still works with the Lancashire outfit and has taken on a role coaching the club’s under-18 side.

Duff has continued to watch Keane develop since he joined the Clarets in 2014-15 initially on-loan before penning a permanent switch from Manchester United the following season.

The former Northern Ireland international feels Keane has demonstrated all the attributes to make it to the top of the game, having performed so consistently last season.

Keane has been linked with a return to United, while Chelsea, who are priced at 4.33 to win the 2017-18 Premier League title, have also expressed an interest, and Duff feels his character has also played a huge part in his incredible development.

Duff said: “Keano deserves everything he gets because he’s a good player but he’s a good character as well.

His best attribute is in his head. “He’s quite humble. He doesn’t get carried away with anything.

“He’s had speculation all season, he’s had an England debut, he’s getting linked with the biggest clubs in the country and it hasn’t affected him.

“He’s not developed a swagger, he still runs as hard as everyone else in training and does all the right things. That’s the sign of a good character who will continue to progress.”